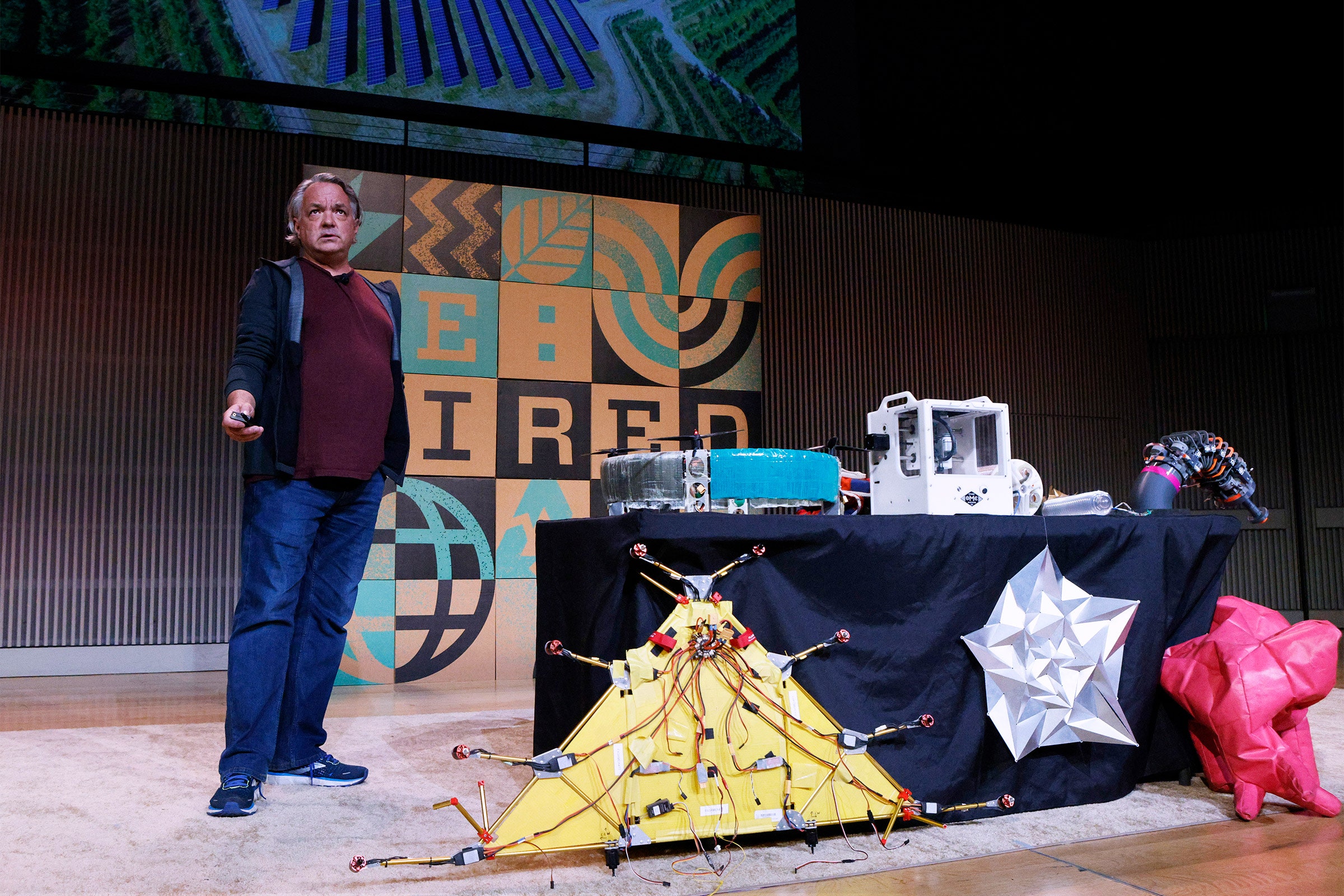 Sometimes even individuals can take action that helps a wider system. Patricia Hidalgo-Gonzalez, a professor at UC San Diego, spoke about her research studying how to keep a greener electric grid online as more intense heat waves drive up demand for air conditioning. Earlier this month, text-message warnings encouraged Californians to conserve energy as the state’s grid teetered on the brink of blackouts. Hidalgo-Gonzalez said that shows how mass coordination can prevent disaster. “Keep up the good work,” she told the audience—and, please, consider charging your EV during the day, when the sun is shining brightly.

In some cases, new technology will help ease some of the tricky trade-offs in climate policy. Want more batteries on the grid? Designs that use less lithium or cobalt will be both cheaper to source materials for, and easier to build. Alan Ahn, a senior fellow at Third Way, a think tank, lauded designs for a new generation of smaller nuclear reactors that the industry hopes will be safer and produce less waste than those in service today, making them far easier to build. And Jim McBride, cofounder and CTO of tech incubator Otherlab, spoke about a technology called Sunfolding, a pneumatic system that can tilt and swivel solar panels and is cheaper than conventional motors, allowing solar installations to be more productive using the same space.

Yet in the end, despite their techno-glamour, hardware projects like those are only part of the solution, and as likely to lead to a new thorny policy discussion as they are to side-step an old one. As Mui put it, fighting climate change is “all about hard choices.” And sometimes, it’s all about getting the right permits.

Source: https://www.wired.com/story/rewired-2022-technology-climate-justice-community-policy/
We use cookies to ensure that we give you the best experience on our website. If you continue to use this site we will assume that you are happy with it. Ok