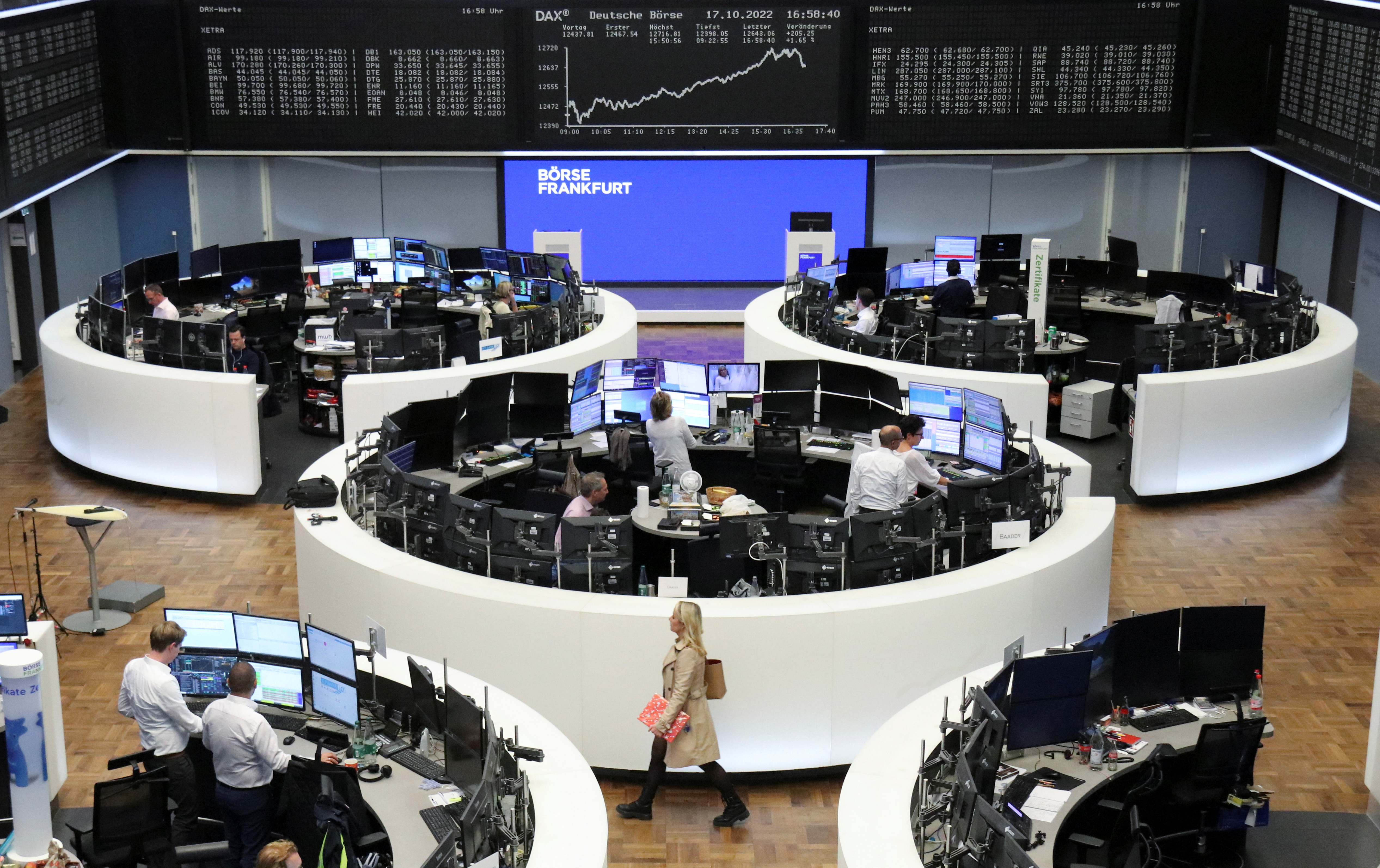 Oct 18 (Reuters) - Europe's STOXX 600 rose for the fourth straight session on Tuesday, building on the previous session's rally that was driven by Britain's reversal of its fiscal plan, with investors keeping a watch on earnings to gauge the economic outlook.

The region-wide index (.STOXX) ended 0.34% higher. It logged its best day in near two weeks on Monday after Britain's new finance minister Jeremy Hunt scrapped most of Prime Minister Liz Truss's 45 billion pounds of unfunded tax cuts that led to market turmoil and forced the Bank of England to intervene.

Construction and materials (.SXOP) and automakers (.SXAP) sectors rose 1.9% and 1.7%, respectively and were the top sectoral gainers.

Shares of chipmakers, including ASML Holdings (ASML.AS) and Nordic Semiconductor (NOD.OL), rose between 0.8% and 5.9% amid a risk-on sentiment in markets.

"We have got the short term relief in the UK and the political environment there, we have seen (earnings) coming out in the U.S. which so far have been (decent) and then greed will overtake fear and people will look at these prices and think, we've got to take advantage," said John Woolfitt, director of trading at Atlantic Capital Markets.

"But equally, everybody has to keep an eye on the next round of inflationary data... we have got to be mindful that there's still a bigger spectre in the markets looming on the global growth side."

With central banks aggressively tightening monetary policy in the face of decades-high inflation, markets are parsing forecasts from companies to gauge the impact of macro pressures.

Galp Energia (GALP.LS) dipped 4.9% as the Portuguese oil and gas company flagged it may face additional sourcing disruptions after its supplier Nigeria LNG declared force majeure due to widespread flooding.

Source: https://www.reuters.com/markets/europe/european-shares-extend-gain-with-technology-lead-2022-10-18/
We use cookies to ensure that we give you the best experience on our website. If you continue to use this site we will assume that you are happy with it. Ok