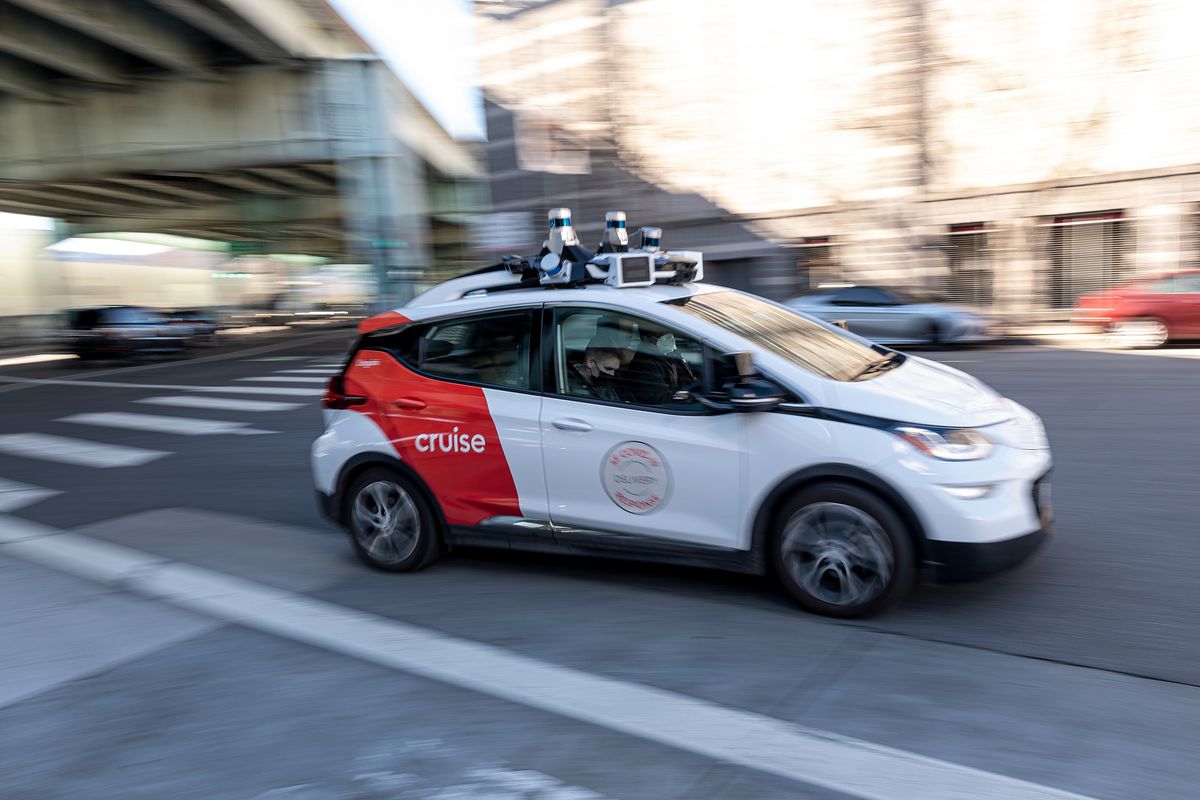 General Motors is racing to electrify its vast lineup of vehicles in a concerted bid to outpace Tesla as the No. 1 seller of EVs in the world. But it’s also competing with Tesla on a whole other front: autonomous vehicles.

On this front, GM feels like it has an edge. It’s hands-free advanced driver-assist system, Super Cruise, will double its coverage area to 400,000 miles of highways and routes later this year. Next year, the automaker will unveil the next iteration, Ultra Cruise, which GM has said will cover “95 percent” of driving tasks. And its robotaxi division, Cruise, is currently picking up and dropping off passengers in San Francisco as part of the city’s first real commercial autonomous ridehail service.

But at present, public perceptions around AVs and driver-assist technology are not great. People see the headlines about the latest Tesla crash, or they remember the woman who was killed by a self-driving Uber vehicle in 2017, and they conclude that autonomous vehicles are too dangerous for public use.

That could hurt GM’s efforts to put more autonomous and partially automated vehicles on the road. The company is counting on an education campaign, in addition to stories in the media, to help consumers navigate the differences between a Super Cruise-equipped Chevy pickup truck, for example, and a fully autonomous Cruise Origin, which is set to hit the road as soon as next year.

GM president Mark Reuss published a piece on LinkedIn today that outlines the automaker’s approach to safety, both with regard to its advanced driver-assist systems (ADAS) like Super Cruise and Ultra Cruise and its fully autonomous projects like Cruise. He also revealed a few new details about the technology that will comprise the Ultra Cruise system, like a lidar sensor “behind the windshield” and a new smartphone app “that will be viewable from inside the parked vehicle and will offer information like driver’s statistics, trips and history to the user.”

“You may have read some recent headlines that might cause some to question if these technologies are ready for primetime,” Reuss writes, citing a recent Pew Research Center poll that shows only 26 percent of American believe that autonomous vehicles are a “good idea,” while a whopping 44 percent think the opposite.

GM, like most automakers, is aware of the mountain it will need to climb in order to convince its customers that partially and fully autonomous vehicles can be a benefit to society — or at the very least a convenient and cool mode of transportation. That said, the company is eager to get more AVs on the road in the interest of beating its competitors to market.

“Would I like things to go faster? Of course I would,” said Jason Fisher, chief engineer of autonomous vehicles at GM, in an interview with The Verge. “We want to be first in the industry, and there’s a lot of revenue to be made when you look at the total addressable market. We want to capture that market.”

Fisher acknowledged that there’s a lot of confusion around the differences between AVs and ADAS, which can make it more difficult to address the skepticism that exists toward this technology.

“We do need to help people understand — and it’s very clear from General Motors perspective — that Super Cruise is not a fully functioning autonomous vehicle, [and] that the driver is still expected to command control of their vehicle,” he said. “We’re very, very clear about what is fully autonomous and what is the responsibility of the driver.”

Other companies are less conscientious about educating people about the differences between AVs and advanced driver-assist systems (ADAS). Tesla named its ADAS “Autopilot” and then later rolled out a more advanced version called “Full Self Driving,” which critics say is a prime example of “autonowashing,” the act of making misleading claims about the capabilities of a vehicle’s technology.

A coalition of advocacy groups, including AAA, Consumer Reports, Partners for Automated Vehicle Education, J.D. Power, and the National Safety Council, recently released a set of new recommendations for universal terms for ADAS features as well, arguing that a common language will help reduce driver confusion.

As the timeline for the mass adoption of autonomous vehicles seems to stretch more into the future and more companies either divest from AV projects or sell them off entirely, GM says it is still fully committed to the technology. The company’s CEO, Mary Barra, said earlier this year that GM would sell AVs for personal use by the middle of the decade — a bold prediction that upended expectations that AVs would only be suitable for commercial use because of expensive sensor suites.

The road to getting there will be very bumpy. Cars will crash, as they always do, and while most of the time it will be the fault of a human driver, it will also occasionally be the AV’s fault. Earlier this summer, a driverless Cruise vehicle crashed into another vehicle in San Francisco, injuring occupants from both vehicles and prompting a federal investigation.

It was just the latest in a series of crashes that have occurred over the past year. According to the National Highway Traffic Safety Administration, there have been at least 130 crashes involving vehicles equipped with automated driving systems, 23 of which were reported by Cruise.

It may sometimes seem that autonomous vehicles are spinning their wheels, stuck operating in small neighborhoods in a handful of cities and only available to the bare minimum of real riders. But the technology has been making progress, albeit very slowly — which is, of course, by design. AV companies like Cruise need to be sure the vehicles can drive safely before committing to expanding the territory in which they operate. They want to be fast, but they are cognizant that moving too fast may result in catastrophe.

“We don’t want to be a laggard in history,” Fisher said. “We want to be first, but we want to be the safest company out there.”

Source: https://www.theverge.com/2022/8/4/23290893/gm-autonomous-vehicles-cruise-super-cruise-tesla
We use cookies to ensure that we give you the best experience on our website. If you continue to use this site we will assume that you are happy with it. Ok