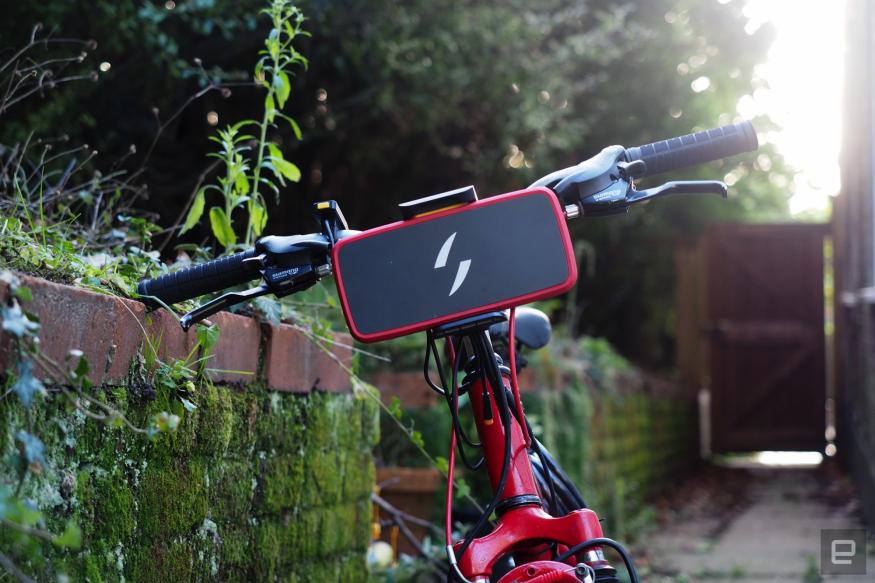 I’ve worked from home for twelve-plus years now, and between that, kids and COVID lockdowns I hadn’t realized just how much my world had shrunk. We have one car that my wife uses to go to work, so I spent my days getting around on foot, or using the local bike share scheme. But it was only when I started listing where I go, that I realized how small my world has become. These days, I’m limited to my office, the backyard, my kids’ school and the nearest, admittedly lackluster strip mall. I think I blinded myself to how small my horizons had become until I was given an excuse to probe beyond.

This, I should explain, came in the context of my 38th birthday, after deciding that I would try a ground-up rebuild of my bike. A 2005 Falcon Nomad, which had been sitting in a succession of sheds for the last 15-or-so years. I figured I’d ask for the tools, and a book explaining what to do, and then teach myself to strip and reassemble a bicycle as I went. This, friends, did not go very well, since the bike’s advanced age and poor state meant every repair I attempted, from paint job to brake replacement, went horribly wrong. (Maybe I should just concede that I'm not, and never will be, "good with my hands," and that when the apocalypse comes, my role will be to be hunted and eaten.) It also seemed the ideal moment to try Swytch, a product I’d been interested in for several years at this point. The company produces a retrofit e-bike kit that can be easily bolted onto existing bicycles, giving them a new lease of electric life. All you need to do is swap out the front wheel for a new one with a built-in 250W electric motor, which comes with a battery, pedal sensor and controller. Now, depending on your patience and budget, you can snag a Swytch kit for around £450 ($550 before tax), although it’s commonly more expensive. That said, a Swytch kit and an analog bicycle is often far cheaper than all but the most basic (and ugly) of new e-bikes.

(There’s also the longstanding point that millions of people have bikes in similar states of disrepair in their own sheds or garages. But a lack of confidence, or fitness, means that they won’t get them out and reacquaint themselves with cycling. If you could easily and cheaply add an electric motor to one, however, then most of those objections fade away pretty quickly.)

Buying a Swytch kit is more complex than just heading down to a store and snatching one up – you’ll need to let Swytch know the size of your existing bike and wheels. You’ll need to send them detailed measurements of your front forks, and the size of the gap into which a wheel can be inserted. Then, after some delay, it’ll send you a custom-sized wheel built to fit into the space, with all of the necessaries to get you up and running. The ads say that if you’re capable of changing a tyre, then you’re capable of installing Swytch, which is accurate. Even I, who couldn’t get my rear brakes to sit properly, was able to screw in the wheel and wire up the cable. Once you’ve done, it’s mostly self-explanatory, although I would have liked some more guidance as to best placement for the pedal sensor. You basically just use a hex key to bolt on the little OLED display, battery controller / mount and wire up the (color-coded) cables, using the cable ties supplied to keep everything tidy.

One tip – when you’re attaching the wheel of magnets to the crank arm and the Hall Effect sensor, leave your cable ties loose until everything’s lined up. That way, you can make finer adjustments, useful since every Swytch customer is entitled to a quick video call with a tech support person. They’ll survey your setup, and make sure that your installation has been successful, and offer any hints to improve your performance. (To be honest, I still don't think I've necessarily got mine in the best place, but imagine that my ability is very much the deepest floor and that most people will do much better.)

Previous Swytch models required battery packs that were closer to purse sizes than anything more elegant. The new innovation with this generation of kit is the greatly reduced size, with the Air battery pack now small enough to fit into your pocket. Swytch Air’s 36V battery pack will run you around 10 miles of assist on Level 2 power, and is a little bigger than a beefy mobile power brick. The company has made a deal about the fact that Air is more or less “pocketable,” although you wouldn’t want to keep it in your back pocket for any serious period of time. More crucially, at 700 grams, or around 1.5 pounds, it’s light enough to toss into your bag when you’re parked up. Oh, for completeness’ sake, there is a larger version of the Swytch battery, Max, which has a quoted range of around just under 20 miles and is a little under twice the size and weight. Although both of these are on the conservative side, mostly because the kit won’t kick in if you’re cycling in flat, easy conditions. So you can actually expect that distance to run for quite a bit longer, good for days where you’ll be covering plenty of ground.

I had a fairly busy day last week, with a trip to two different medical centers on opposite ends of the city and the bank in between. The whole journey would have taken me about 20 minutes for each leg of the trip by car, or several hours if I’d taken the bus. But while I’ve not cycled 10 miles in a single go, on mostly major roads, for… decades at this point, I felt that the Swytch could help. After all, if the terrain was rough, I could kick in the assistance to help me, and I wasn’t worried about running out of energy for the same reason. The other thing a Swytch kit does is offer you the power that gives you the confidence to do the hard stuff. Like powering up a hill, or sitting between cars at the lights, knowing that you’ve got the electric power to not get chewed up when we have to start. Knowing that I can pretty easily kick up the assistance level and get my speed up to 12-or-so miles an hour before the driver beside me can put their foot down makes for a sturdier ride.

Now, there’s nothing that Swytch is doing that more technical-minded riders couldn’t do on their own. I’ve seen forum talk about saving money by opting for a third-party wheel kit and some hefty DIY, but I don’t think this applies here. Swytch isn’t charging mad money for the setup, and offers a cohesive, sealed package that offers you peace of mind and proper technical support.

There are downsides… obviously there are downsides. Bolting on the machinery for an e-bike onto one that wasn’t built for it is a little inelegant. It required a lot of fiddling, and I’m still not sure that I’ve got it set up as perfectly as I could do, but it’s certainly achievable. Taking up so much space on your front handlebars, too, means that you’re losing a lot of real estate to the battery mount and controller. If you’ve got bike lights that sit close to the bar, you might need to relocate them to the head tube, and then find it’s not as useful a place to stick them. As for pricing and availability, that’s a little complex: Swytch will charge you up to £999 (around $1,010 excluding the UK’s sales tax) for a kit if you want one as quickly as it can ship one to you. But it’ll also offer – at the very minimum – a 50 percent discount if you choose to wait for a later shipment from the factory, with that figure rising up to 60 percent depending on your patience. If you’re prepared to delay your gratification for long enough, you could snag one of these things for £450 (around $550 before tax), which as far as I’m concerned, is the price this thing becomes a no-brainer.

I’m sufficiently impressed by the Swytch kit to want to buy the unit currently bolted to my bike. The ability to quickly and easily add so much power, with all of the privileges that conveys, is pretty darn special. I can heartily recommend it to people with bikes rusting in their sheds, who want to get back on the road but are worried their fitness level won’t permit them to travel very far. Take it from me – it’s worth it.

All products recommended by Engadget are selected by our editorial team, independent of our parent company. Some of our stories include affiliate links. If you buy something through one of these links, we may earn an affiliate commission. All prices are correct at the time of publishing.

Source: https://www.engadget.com/swytch-air-kit-hands-on-2023-140001457.html
We use cookies to ensure that we give you the best experience on our website. If you continue to use this site we will assume that you are happy with it. Ok