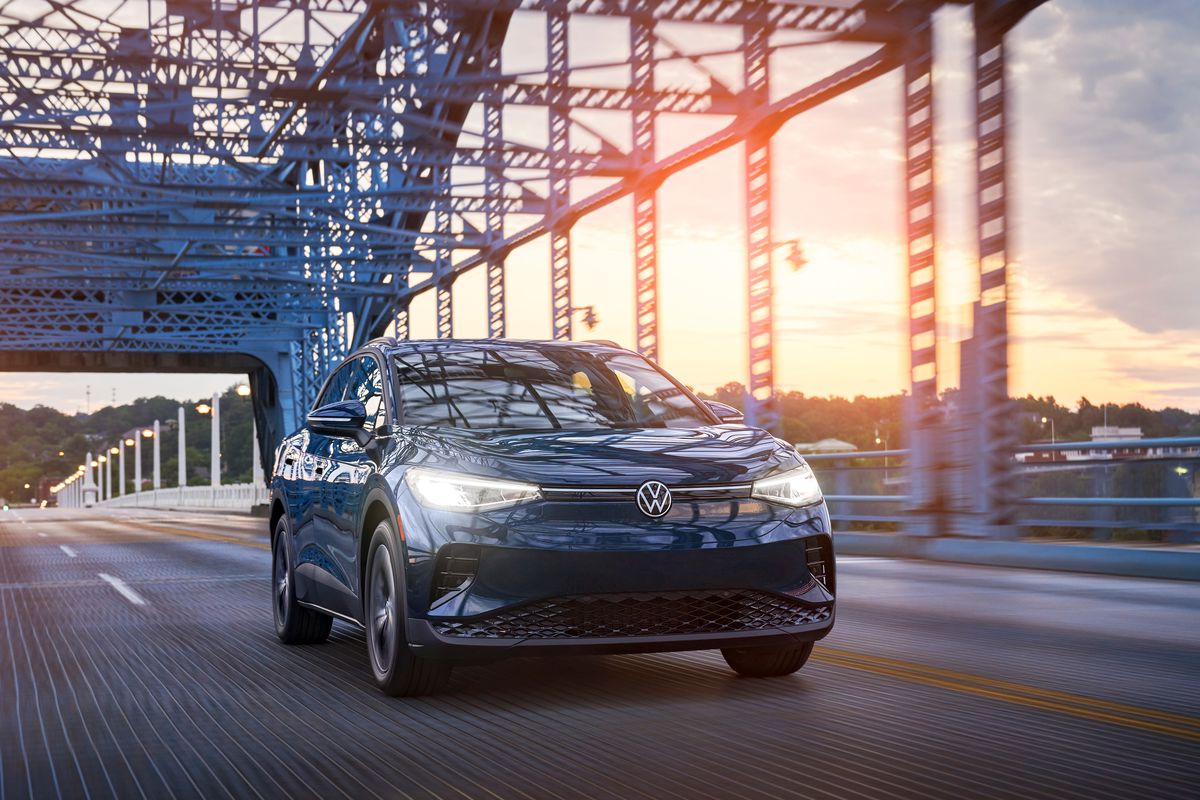 Volkswagen announced that the 2023 ID.4 electric crossover SUV, which the automaker just started producing at its factory in Chattanooga, Tennessee, will start at the suggested price of $37,495 — making it one of the more affordable plug-in crossovers on the market today.

Combined with the federal EV tax credit of $7,500 — which may be renewed under the Senate Democrat’s new reconciliation package that’s currently under debate — the ID.4’s price could come down even more.

The ID.4 is VW’s most popular EV, having delivered 190,000 vehicles to customers globally since its release in 2021. VW CEO Herbert Diess, who is stepping down in September, said in May 2022 that the company was “basically sold out on electric vehicles in Europe and in the United States” for the year.

Localizing the ID.4’s production in the US was supposed to unlock a cheaper price for the EV. (When it first went into production in Germany in 2021, the base model ID.4 came with a suggested price of $41,230.) Originally, the automaker had said it wanted its US-made ID.4s to start at $35,000 — or $27,500 with the federal tax credit.

The more expensive price announced today is a reflection of the fact that EV production, including the sourcing of battery materials, is much pricier than it was four years ago. The average cost of raw materials — including the cobalt, nickel, and lithium needed to make EV batteries — is now around $8,255 per vehicle, researchers say.

The 2023 ID.4, which is expected to reach customers starting October 2022, is getting a bit of a refresh. VW is offering the EV in three trim levels — Standard / Pro, S, and S Plus — with the option of 62kWh and 82kWh batteries and rear-wheel or all-wheel drive.

The entry ID.4, now called the ID.4 Standard, comes with a new 62kWh battery, which will power the vehicle for an estimated range of 208 miles based on a simulated EPA test cycle. That would put the ID.4 on the lower end of the range scale as compared to other similar electric crossovers, like the Ford Mustang Mach-E, Chevy Bolt EUV, and Nissan Ariya, all of which average around 250 to 300 miles of range.

But those vehicles also retail for well over $40,000, which means that the ID.4 will likely be in direct competition with the Chevy Bolt and the (soon to be discontinued?) Nissan Leaf.

When it was first announced in 2020, VW made a point of emphasizing that the ID.4 was priced to be a high-volume, mass-market vehicle — a car for “the millions, not the millionaires.”

Source: https://www.theverge.com/2022/8/4/23291919/vw-id4-2023-price-ev-electric-crossover-specs
We use cookies to ensure that we give you the best experience on our website. If you continue to use this site we will assume that you are happy with it. Ok